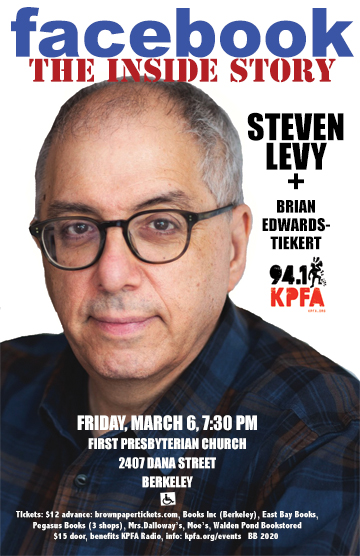 Renowned tech writer Steven Levy delivers the definitive history of one of America’s most powerful and controversial companies: Facebook. For the past three years Levy has had unprecedented access to Mark Zuckerberg and Sheryl Sandberg. Based on hundreds of interviews inside and outside the company, Levy’s sweeping narrative digs deep into the whole story of the company that has changed the world and reaped the consequences.

In his sophomore year of college, Mark Zuckerberg created a simple website to serve as a campus social network. The site caught on like wildfire, and soon students nationwide were using Facebook until, by now it is nearly unrecognizable from Zuckerberg’s first, modest iteration. It has grown into a tech giant – the largest social media platform and one of the most gargantuan companies in the entire world, with a valuation of more than $576 billion and almost 3 billion users, including those on its fully owned subsidiaries, Instagram and WhatsApp. There is no denying the power and omnipresence of Facebook in American daily life. In light of recent controversies surrounding election-influencing “fake news” accounts, the handling of its users’ personal data, and growing discontent with the actions of its founder and CEO, never has the company been more central to the national conversation.

Steven Levy is Wired‘s editor at large. His previous positions include founder of Backchannel and chief technology writer and senior editor for Newsweek. Levy has written seven previous books and has written for Rolling Stone, Harper’s Magazine, Macworld, The New York Times Magazine, Esquire, and The New Yorker. He has also won several awards during his thirty-plus years of writing about technology, including for his book Hackers, which PC Magazine named the best sci-tech book written in the last twenty years; and for Crypto, which won the grand e-book prize at the 2001 Frankfurt Book Fair.

Brian Edwards-Tiekert is the founder and popular co-host of UpFront, the morning drive-time public affairs program on KPFA Radio. He began working in media by helping to set up the Independent Media Center in Chiapas, Mexico, where he also did human rights work. For two years, he ran a nationwide support program for progressive publications at colleges and universities. He started at KPFA as a beat reporter covering environmental justice issues, during which time he served as a network correspondent during international climate negotiations, produced live national broadcasts covering elections and political conventions, and established a journalism training program inside KPFA. In 2016, he was awarded a John S. Knight Journalism Fellowship at Stanford University.