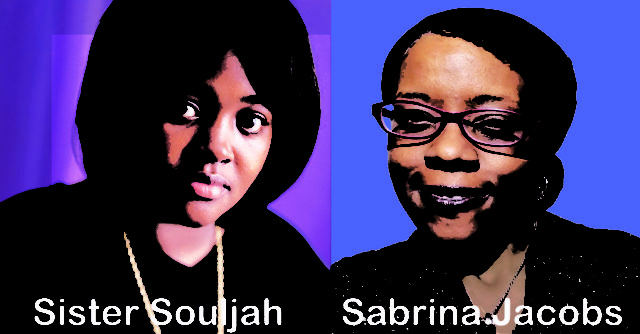 LOVE AND RAGE: The Path of Liberation Through Anger

by the bestselling author of “The Coldest Winter Ever”

Twenty years ago, Sister Souljah’s debut novel, “The Coldest Winter Ever,” became a bestselling cultural phenomenon. Readers fell in love with the unforgettagle Winter Santiago, daughter of a prominent Brooklyn drug-dealing family, who captivated her lovers, friends, and enemies with her sexy street smarts. For two decades, readers have begged for answers about what happened to Winter. Now, at last, all is revealed in Sister Souljah’s brilliant sequel, filled with her trademark passion, danger, temptation, and raw adventure.

The # 1 author of the Hip-Hop generation!

Sister Souljah spreads messages that are clear, concise, and true to the game.

Sister Souljah is best known for her work as a political activist and educator of underclass urban youth.

Sabrina Jacobs is the producer and host of KPFA’s popular show “A Rude Awakening.” In addition she is a frequent host and interviewer on KPFA’S Zoom webinar series with contemporary authors.