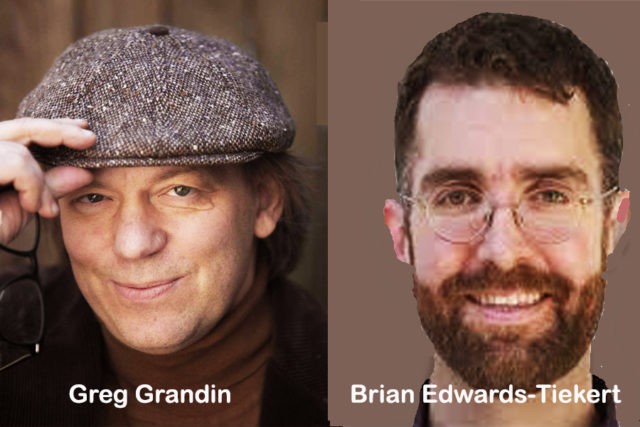 Empire’s Workshop: Latin America, the U.S., and the Rise of the New Imperialism

Grandin has always been a brilliant historian; now he uses his detective skills in a book that is absolutely crucial to understanding our present.

—Naomi Klein, author of No Logo

Greg Grandin knows the history of modern Guatemala better than anybody else in the world outside of that country-and therefore understands the nature of U.S. attitudes and action toward Latin America at their most disturbing. This grants him keen insight into the manic ferocity behind U.S. imperialism across the globe today, which he describes in fine, rich, vivid, bitter detail. Grandin also shrewdly observes that the outrages possible in little U.S. neo-colonies are not so easy to accomplish on a grand scale…

The British and Roman empires are often invoked as precedents to the Bush administration’s aggressive foreign policy. But America’s imperial identity was actually shaped much closer to home. In a brilliant excavation of long-obscured history, Empire’s Workshop shows how Latin America has functioned as a proving ground for American strategies and tactics overseas. Historian Greg Grandin follows the United States’ imperial operations from Jefferson’s aspirations for an “empire of liberty” in Cuba and Spanish Florida to Reagan’s support for brutally oppressive but U.S.-friendly regimes in Central America. He traces the origins of Bush’s current policies back to Latin America, where many of the administration’s leading lights first embraced the deployment of military power to advance free market economics and enlisted the evangelical movement in support of their ventures.

Greg Grandin is the author of Fordlandia, Empire’s Workshop, The Last Colonial Massacre, and the award-winning The Blood of Guatemala. An associate professor of Latin American history at New York University, and a Guggenheim fellow, Grandin has served on the United Nations Truth Commission investigating the Guatemalan Civil War and has written for the Los Angeles Times, The Nation, The New Statesman, and The New York Times.

Brian Edwards-Tiekert is the founder and co-host of UpFront, the morning drive-time public affairs program on KPFA Radio. He started his work in media helping to set up the Independent Media Center in Chiapas, Mexico, where he also did human rights work. He started at KPFA as a beat reporter covering environmental justice issues, during which time he served as a network correspondent during international climate negotiations and produced live national broadcasts covering elections and political conventions. In 2016, he was awarded a John S. Knight Journalism Fellowship at Stanford University.