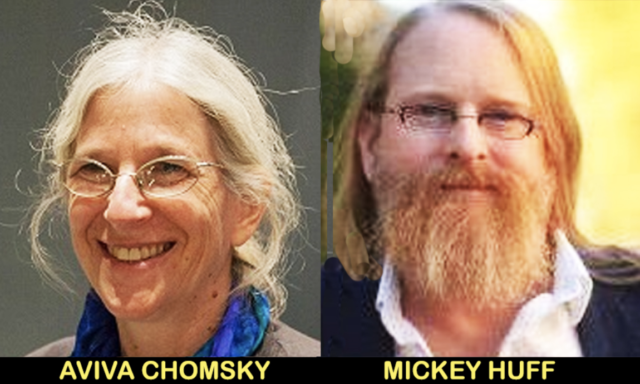 Aviva Chomsky restores the region’s fraught history of repression and resistance to popular consciousness and connects the United States’ interventions and influence to the influx of refugees seeking asylum today.

At the center of the current immigration debate are migrants from Central America fleeing poverty, corruption, and violence in search of asylum in the United States. In Central America’s Forgotten History, Aviva Chomsky answers the urgent question “How did we get here?” She outlines how we often fail to remember the circumstances and ongoing effects of Central America’s historical inequality and oppression, a direct result of colonial and neo-colonial development policies and the cultures of violence and forgetting needed to implement them.

Chomsky expertly recounts Central Americans’ valiant struggles for social and economic justice to restore these vivid and gripping events to popular consciousness. She traces the roots of displacement and migration in Central America to the Spanish conquest and brings us to the present day, where she concludes that the more immediate roots of migration from the three Northern Triangle countries (El Salvador, Guatemala, and Honduras) lie in the wars and in the US interventions of the 1980s and the peace accords of the 1990s.

Chomsky also examines how and why histories and memories are suppressed, and the impact of losing historical memory. Only by erasing history can we claim that Central American countries created their own poverty and violence, while the United States’ enjoyment and profit from their bananas, coffee, vegetables, clothing, and export of arms are simply unrelated curiosities.

Aviva Chomsky is a professor of history and the coordinator of Latin American Studies at Salem State University. The author of several books, including Undocumented and “They Take Our Jobs!,” Chomsky has been active in the Latin American solidarity and immigrants’ rights movements for over thirty years..

Mickey Huff is the current Director of Project Censored and president of the nonprofit Media Freedom Foundation. He has edited or co-edited ten annual volumes of Censored, and contributed numerous chapters. He is currently professor of social science and history at Diablo Valley College, where he is also co-chair of the history department. He is executive producer and co-host of the Project Censored Show, a weekly syndicated public affairs program aired over KPFA Radio and fifty community radio stations.